The blog of a wedding photographer in Huddersfield 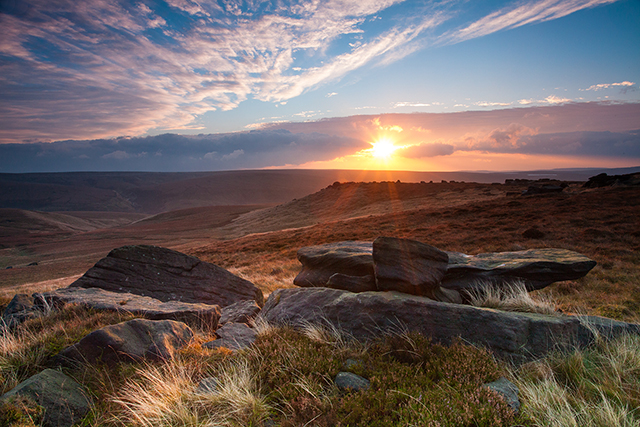 So I think my latest outing up to the hills was more successful than the last. I think I caught the only gap in the weather all weekend and I was rewarded with this shot.  I’m pleased to say my new walking boots felt great and I can’t wait to be back up on the hills soon to capture more landscapes. With winter on it’s way I’m looking forward to getting out on some brisk mornings and evenings. 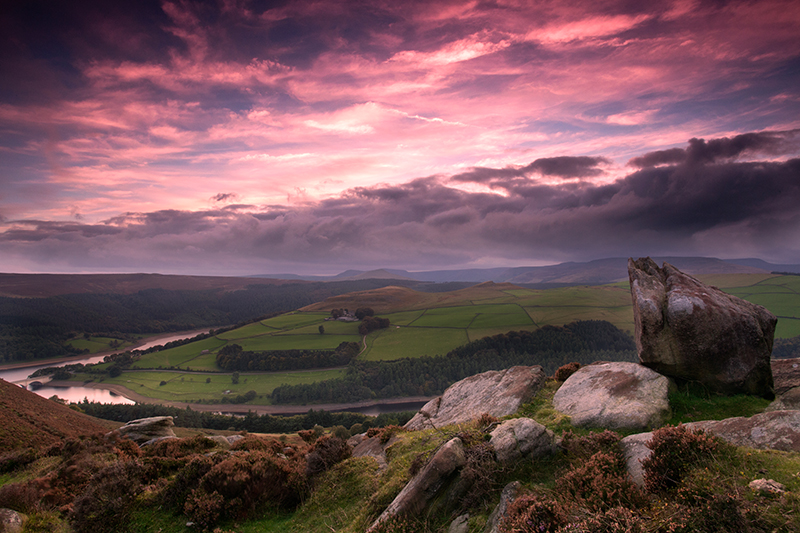 I was itching to get out today but conditions initially didn’t look promising with grey overcast skies. Not that this is a bad thing but I really wanted to capture the golden hour before sunset. Around 3pm the skies cleared a little and there was broken cloud which makes for fantastic conditions. I set off to Ladybower reservoir with the intentions of reaching the salt cellar rock stack. The drive down was fantastic and and conditions were improving further still. I arrived and literally ran up the path until I ran out of breath, which I’m pleased to say wasn’t too soon. My table tennis fitness regime must work!
There was just one slight problem however the clouds came over again just as I reached somewhere worth shooting. There was clearly a front coming over and I resigned myself to the fact that not every time we venture out can we return with keepers. Despite this I got the camera out and my ND filters which I’m ashamed to say was their first outing despite having them for over a year (well I did say I needed a kick up the backside). It also felt like it was blowing a gale in places to, even with my sturdy tripod wasn’t going to keep camera shake away. Despite all this I shot away happily and thought I would return with something useful. With the sun nearly set and behind cloud I headed back down the track where the sun almost broke through creating a dramatic sky. I got the camera out again and set it all up where I captured the below. I think my first outing with the sole intention to shoot landscape was quite kind to me. However I have learnt a few things on my day out.
Firstly set off earlier than you think you need. Had I arrived an hour earlier I could have got some excellent shots and got to my intended destination! Even with my run up the hill I could have done with more time. Secondly make sure you have plenty of space on your memory cards. I’m a bit fanatical about backing photographs up. They say data doesn’t exist unless it’s in at least three places at once, I make sure mine are but don’t like to remove recent shots from cards unless I’ve finished editing them. As a result of this I had about 200 shots left on one particular card, before setting off I though was more than enough. However when you start exposure bracketing it quickly disappears. It’s not fun having the sun disappear behind a cloud again just as you’re reaching for another card. Another lesson of the day was to carry some tissues. A runny nose is not a good look. Wear some good footwear, I love my trainers but they are not ideal for running up hills with my feet rolling about in them. Fortunately I’m waiting for my new boots to arrive. I can’t wait for them. Sometimes I think I like companies just because of their names. I think Mammut may be one of these! One final thought is that I need to devise a ingenious way to attach my tripod to my bag. It does have a way of attaching a tripod but the Giottos is just far too heavy to attach it to the bag this way. I’m thinking of a cargo net.
All in all a good day I think I got an acceptable shot in the end. I can also really recommend the android app OS Atlas to which proved to be really useful. It’s basically any OS Map area you want. Remember to cache the area you’re going to before hitting the hills!