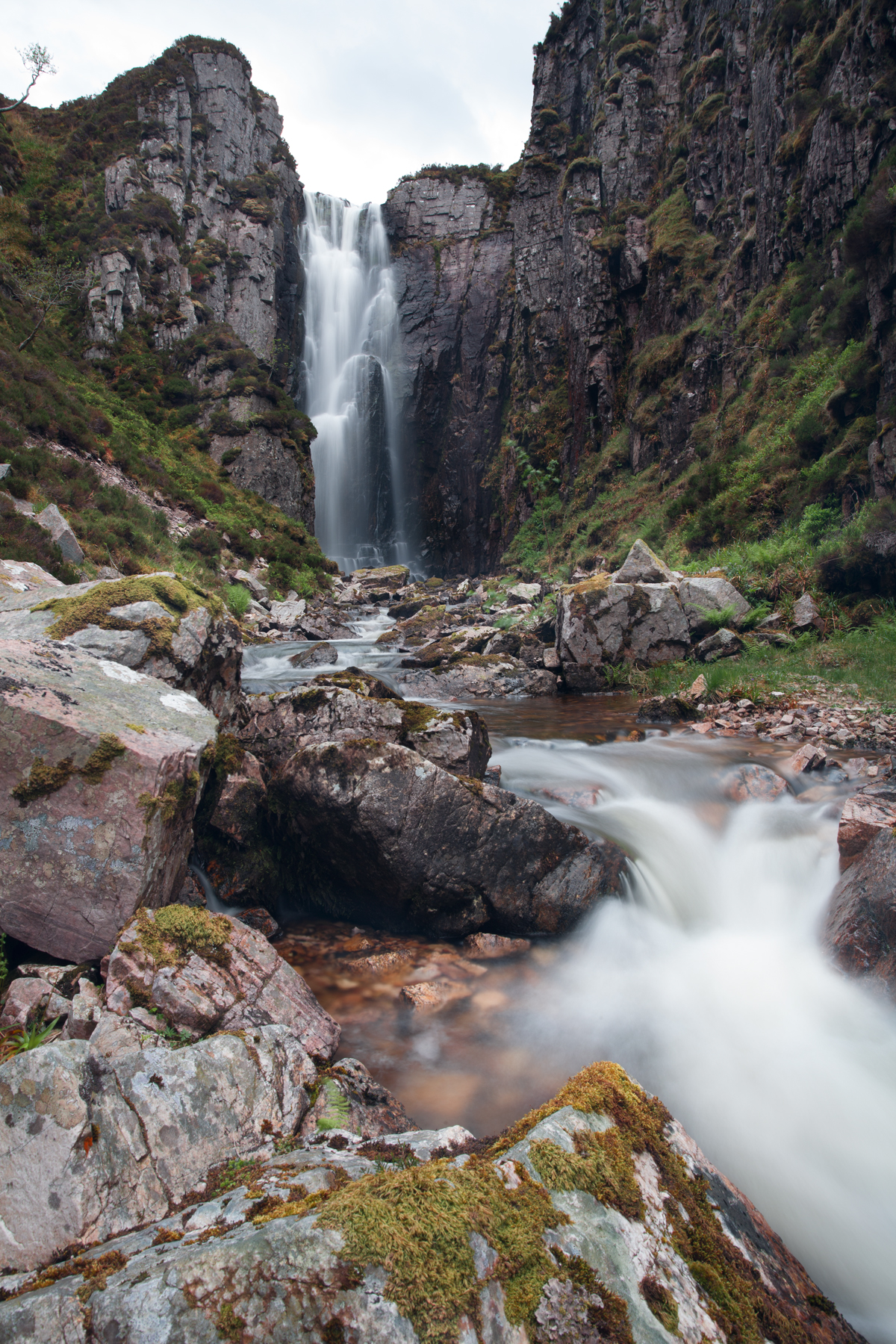 So this a real gem of a location in  my opinion. It’s simply one of the best waterfalls I’ve seen. As I find with most waterfalls the camera reduces impression of height . I bracketed this one and focus stacked some of the images to get some sharpness in the foreground. Despite falling on my backside which resulted in a great bruise it was well worth it to capture this one! 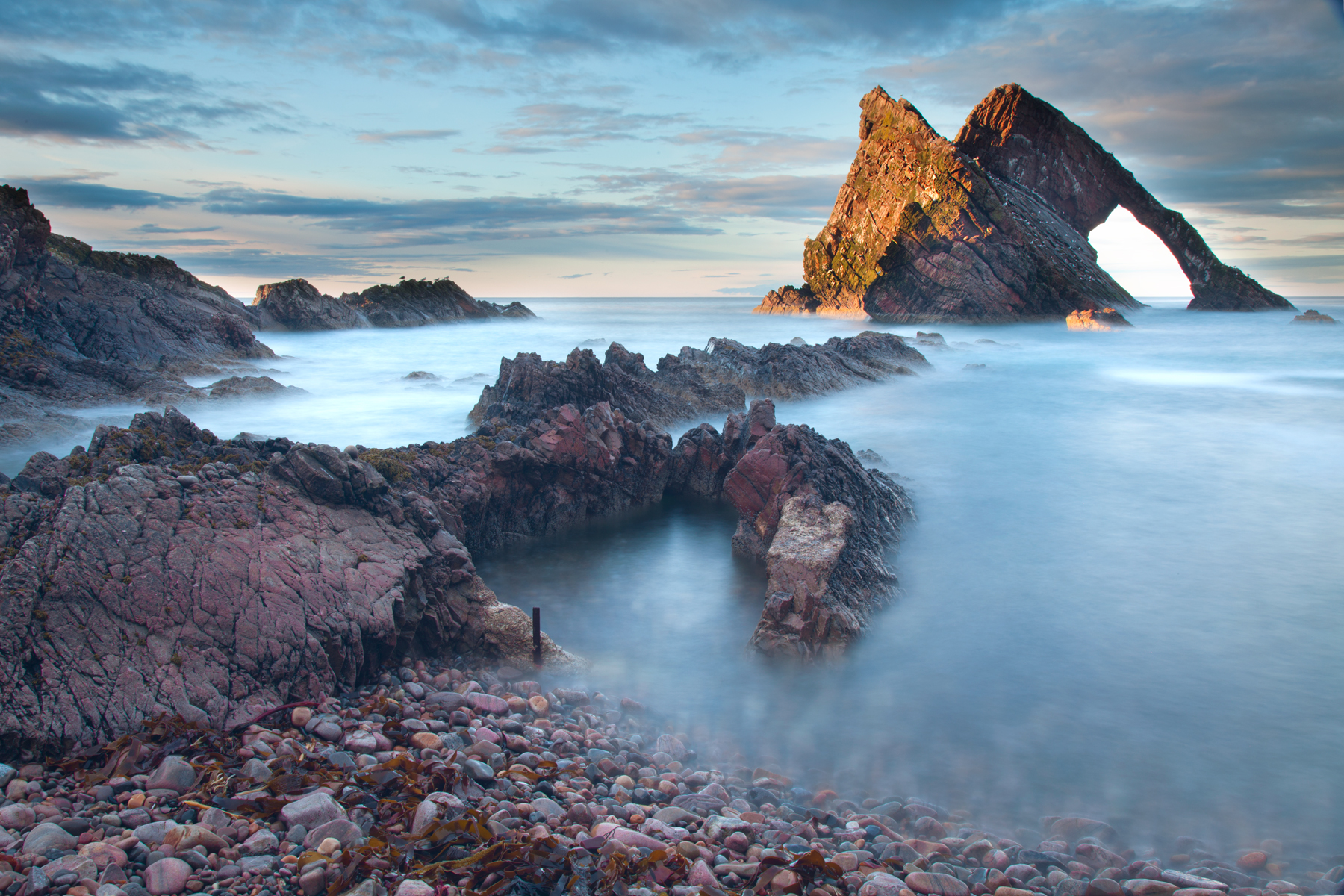 So I decided to take in some of the sights on the east coast of Scotland. There are some spectacular locations before continuing on the Northwest 500 where I enjoyed fantastic sunshine. Unfortunately the fantastic weather didn’t quite continue into the highlands and certain shots there still elude me as skies were too overcast and dull to get anything I’d be happy with. Still it was a productive trip and I’ll be returning soon. This is of Bow Fiddle Rock at Portknockie to the East of Inverness. 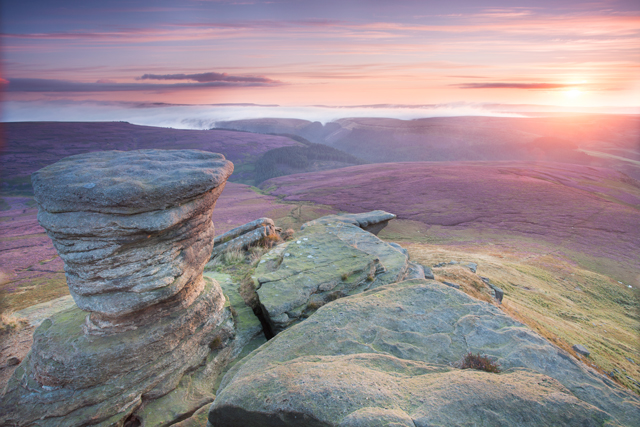 It has been an age since I’ve posted anything to my blog, I’ve had quite a few trips out since my last post including a trip to Scotland which is simply stunning. My trip out this weekend took me to Fairbrook Naze. The heather looks great this time of year in its full purple flower. I arrived very close to sunset as my original plan was to camp out at Seal Stones. Having realised that I may have more success at Fairbrook Naze I plodded onwards arriving with little time before sunset. I managed to get a few shots off before the light went and then set about setting up camp for the night and attempting some astro photography. Results were ok but I’m looking forward to getting my hands on my most recent purchase the Samyang 14mm 2.8 in the hope to capture a bit more light than is possible with the Canon 17-40 f4. The morning that followed was a lovely start to the day with rolling clouds scattering the horizon. I’m pleased with the results and certainly pleased I made the most of the light before our typical bank holiday weather! 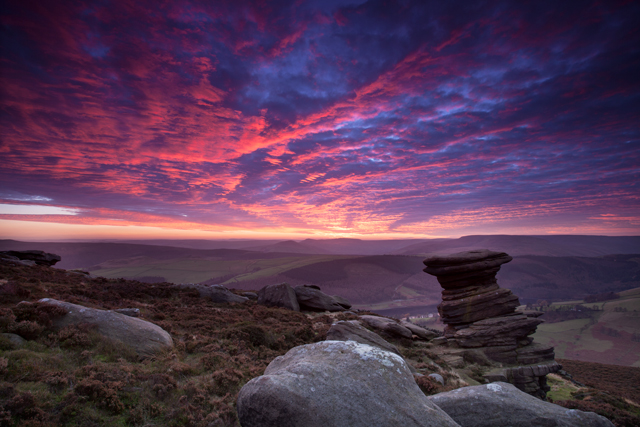 So here is another shot from yesterday. The colours really were this vivid and I hope I see another sunset like this again soon! 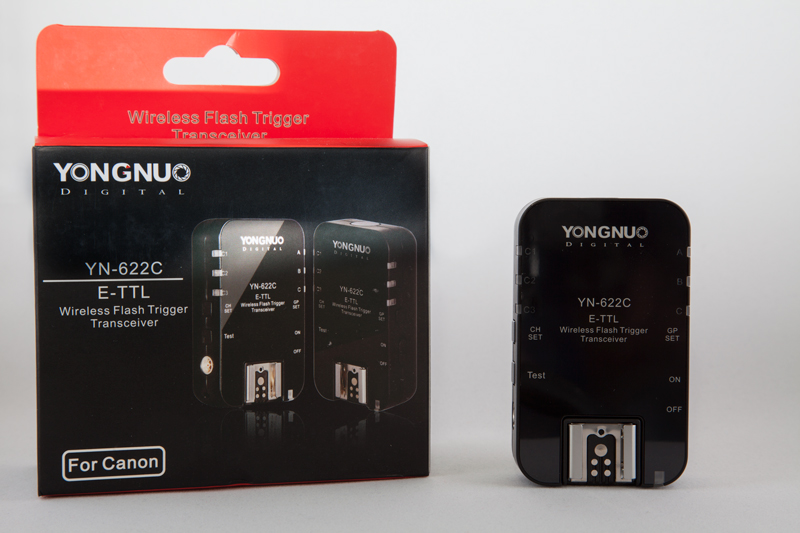 Why I shoot on Canon 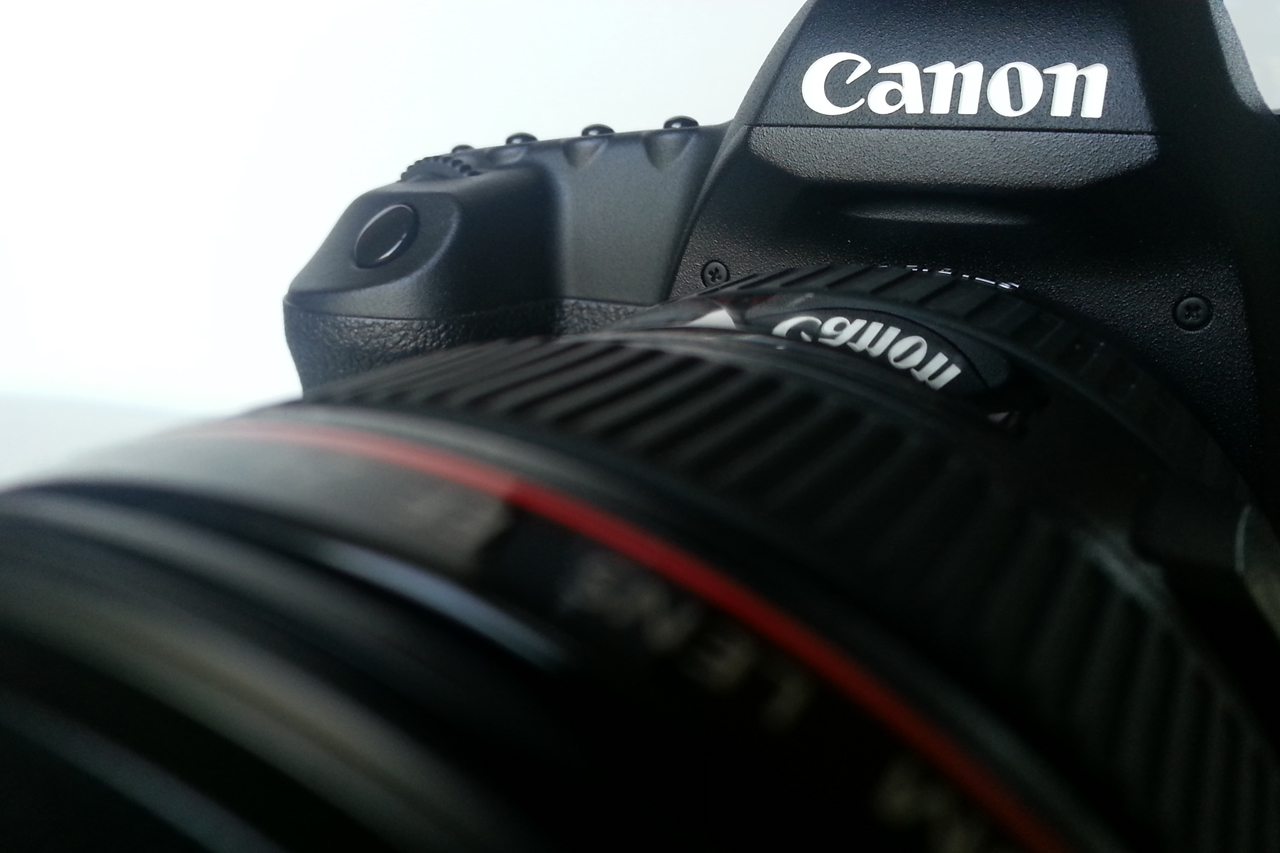 Let me start by saying there are a several manufacturers who make fantastic cameras and have a wide range of great lenses to accompany their camera bodies. All of which would be up to the most demanding of jobs. I started shooting with Canon in the 35mm film days and have never been tempted to jump ship to another manufacturer, there are several reasons for this I think.

The first and most important to me is ergonomics. For me Canon SLR cameras just feel right in the hand and all the functions come easily to my fingers and are within reach. This is important because if you are not consciously thinking about adjusting the settings of a camera then it means you are focusing on the important things – like taking pictures. Many functions fall at the fingertips can be changed without the need for the eye to ever leave the viewfinder. And when you do need to adjust camera setting within the menus they are intuitive to me. I once picked up a friends Nikon and navigating the menus for a long term Canon user was somewhat tricky. I’m sure had I spent more time with the camera it would have come easily after a while, but my overall impression was that the icons on the camera seemed to bear no resemblance to me of its function. I’m sure for lots of people they make perfect sense, but not to me.

Another reason is that once you have decided on a camera system you are very much stuck with it. Lenses are not readily interchangeable between manufacturers so I can’t pick up a Nikon lens and put it on my Canon as good as their lenses may be. I would only be able to do this if I was prepared to buy a whole new setup and start accumulating lenses covering the same focal ranges I already owned. There are exceptions and I have in the past used mounts to allow me to experiment using old lenses but there are always drawbacks to this and it’s never been more than an experiment for curiosity.

Finally I’ve been happy with all the Canon cameras I’ve ever owned. They have never let me down and have always been absolutely reliable. I take great care in looking after my gear to make sure it’s in excellent condition. Some photographers however give their gear a much rougher time. I’ve seen several accounts of Canon cameras suffer punishment of which no precision instrument should ever be subjected to only to go on and live to shoot another day. This fills me with confidence. I can also personally vouch for the Fujifilm J10 compact camera. After a days motorcycling with a friend whilst in Australia, the camera was attached to a jacket somewhat optimistically, sure enough the camera fell off at about 50mph and tumbled down the road. After retrieving it I watched in disbelief as it was turned on and functioned as it should. The zoom lens still worked perfectly and on closer inspection of the photos taken after the event were fine! I’ve seen some compact cameras rendered useless after a one foot drop onto carpet. They made the J10 tough indeed! I’d expect nothing less from my Canon.

So I’ve been a bit occupied recently and haven’t updated my blog as much as I had hoped over the Christmas period. One of my projects was to complete an English Tuition website for a client.  Melanie provides English tuition in Huddersfield and the surrounding area. Melanie’s website can be found at www.melanie-robinson.co.uk. She teaches children’s key stages through to post graduate level, more details can be found on her new site.  It’s not quite finished yet and we are shooting a video in the coming weeks about her services and teaching methods. I’m sure her enthusiasm and love for the subject will shine on video so it will be a great addition to her site.